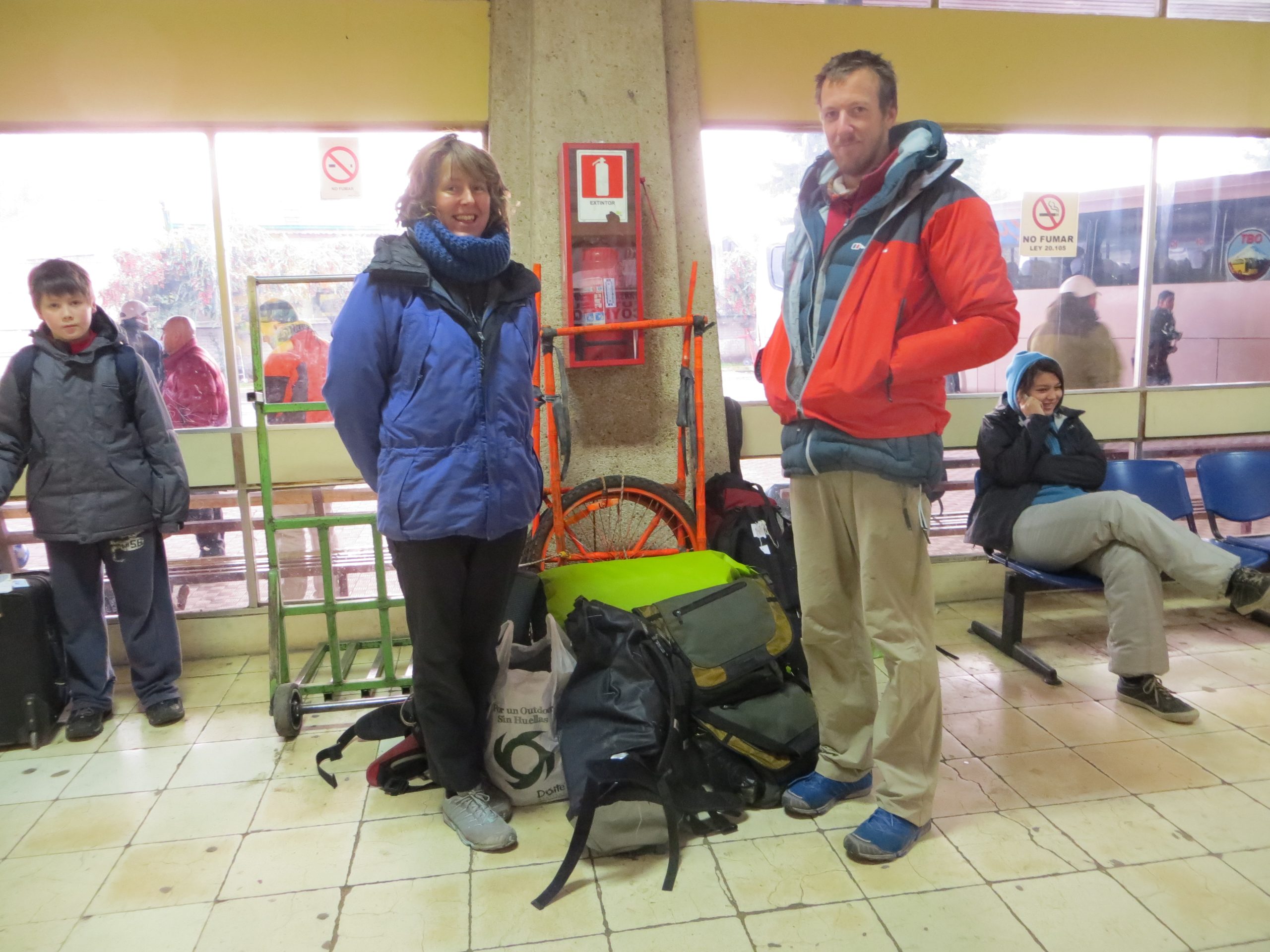 Pitch Black. 0715am, Valdivia, Chile. Winter. We’re on the road again. 2 hour, 5 hour, 12 hour, 12 hour and 3 hour bus rides later and we should be in Punta Arenas by Tuesday night; southern most city in the world.

We are not great company to be around: we both having streaming colds, I have lip herpes and a bad back and Dave has a sprained big toe. We keep growling and snapping at one another as we’ve had hardly any sleep and we’re both agitated and stressed about the project. On top of this, red bites have started popping up on my legs. It appears I have somehow attracted a flea.

It would take an exceptional friendship to put up with us; Bram and Viv. 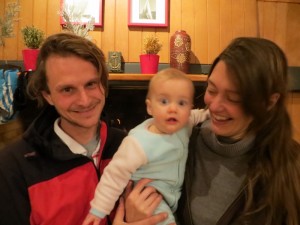 Last night we celebrated the imminent start of the run with them. They’re journey has mirrored ours in many ways. Like us they:

Unlike us they “made” a baby in Patagonia and sailed south through the remote fjords to arrive into Valdivia, where we met them, with Viv ready to pop.

We were there for their wedding and then, a day before we left, we were there hours after Flora’s birth on 13 November 2012. This was amazing; the first time I had ever seen a tiny baby emerge into the world and so special being able to share those incredible emotions with them both. We brought our favourite cakes to the hospital- ones we had stuffed together in a cafe before Flora’s birth. We’d had never seen Bram so shattered; he even sat on the cakes! David has become “Uncle David” and sharing these life changing events and our sailing experiences magnetise us and their warmth during the next year will fuel us. 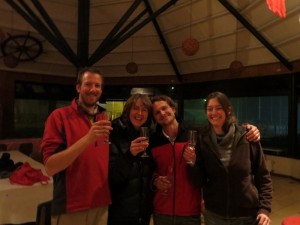 Yesterday they cooked us a much needed Dutch breakfast; we worked in their “floating office”, sailing vessel “Duende” and then with Flora sleeping in a tent we cooked an asado (BBQ) on our final night together… They bought champagne and two energy sachets; perfect lightweight “medicine” for when either of us are cooked.

They are due to head to the Pacific on Flora’s inaugural voyage. The Chilean channels doesn’t count as she was inside her Mum’s tummy. They may still be around as we run opposite to Valdivia on the other side of the Andes in October, so perhaps we will see them one more time on this continent?