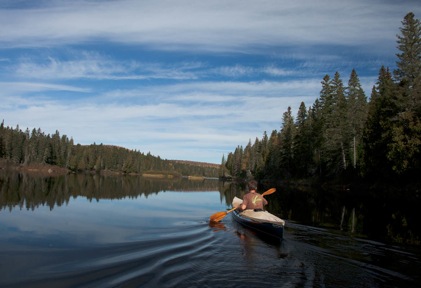 It’s not just Arctic terns, monarch butterflies and blue whales that undertake incredible journeys, their Homo sapien relatives are too!

John trekked, biked and paddled from the Florida Keys to Quebec’s Gaspe Peninsula. Along the way he was joined by among others: black bears, moose, American turkeys and bison, ah and the odd conservation leader too! Like him, the conservationists who met him to climb ancient Appalachian mountains or snake through pristine prairies, are committed to the exploration and promotion of a continental wildway; wide enough and wild enough to accommodate a full array of native wildlife and encourage human-powered recreation as a means of reconnecting people with Nature. 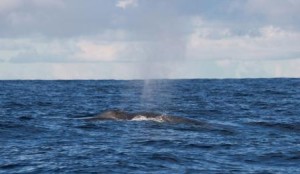 And if that’s not enough, John, supported by his sponsors at the Wildlands Network  and assisted by many grassroots conservation groups, is about to do it all over again! This time he’ll set off in 2013 for “Trek West”, from northern Mexico to southern Canada, largely striding along the Rocky Mountains!

The 5000 Mile Project and TrekWest will be complementary journeys to promote South and North American wilds. We hope that people from all walks of life will follow us from afar and that some will even join us. That through this they will feel better connected with these lands and wildlife, feel inspired to help save and restore them and will learn ways they can do so.

We will be sharing notes and ideas and will hook up ‘voyeuristically’ along the way from our respective Andean/Rocky mountaintops.

Once our mutual treks are complete, we are conspiring to create a wilderness trekkers’ gathering, in a still wild but threatened place, to which conservation athletes will migrate by human power like wildebeests following the rains! 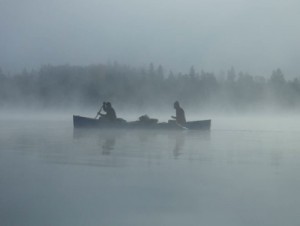