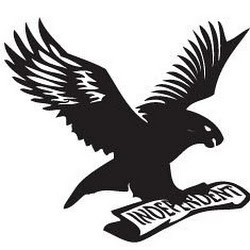 This week has been drawing ominously close; the week David and I start running the length of South America.

We’re sitting on a double-decker bus nearing the southerly most city in the world, Punta Arenas, Chile and we’re being shaken like a doll by the driving wind that’s pelting across the Patagonian Steppe. The Southern Ocean, which has just come into view is on cue, “smoking”. The reality of the next two month’s running is dawning.

The last ten days, since trying to leave our old wooden sailing boat and home in Uruguay, have rushed past in a series of semi-hiccups and mini-disasters.

First, three days before leaving our beloved old boat, our world tipped on its side, literally. It all happened rather slowly. I was tapping on the laptop in the saloon. Something felt odd, sort of “skewiff”. Then very gradually, almost imperceptibly, things began to slide. First my papers, then the odd pen, a bag of rice came crashing out of a cupboard, the crate of potatoes below my seat skidded to starboard and soon my laptop was taking off. A few hours later and we were climbing around the boat, clawing for foot and hand holds.

Out on deck the crime was clear; the water had decided to drain out of our creek. We were on an incline of 45 odd degrees to starboard. Great. Suddenly packing and project work wasn’t an option. That night we slept virtually on top of one another in a starboard-side nook, desperately wishing our world would right itself again.

With difficulty, we finally extracted ourselves from our home and set off to cross the Rio de la Plata bound for Argentina, Chile, Argentina and finally Chile. We waved goodbye to a neighbour who was on his school holidays. The full relevance of this little detail would soon come to haunt us.

We have come to hold in high regard the luxury and ease of long distance bus journeys in Argentina and Chile. This nonchalance was soon thwarted at the sight of thousands of families huddled in Buenos Aires’ central bus station, Retiro. The reality of the school holidays dawned; delays, ticket booths flickering prematurely shut and the army billeted in for crowd-control. A slow clap gradually rippled around the station and the Argentine-Italian blood flared. We confronted the stark fact that the probability of our reaching the start line on time was no longer a certainty.

In an increasingly foul-tempered semi-torpor, we progressed south and then west. We were carrying huge quantities of heavy luggage, including two bicycle wheels, which had not yet been fashioned into our running trailer. On top of this, we found out that the kit we were due to pick up in Puerto Varas from one of our kit sponsors, Patagonia, had somehow gone AWOL. This is a real concern as we are about to enter the freezer of a Patagonian winter..

Through the general misery and sleeplessness of our passage, we have also managed to contract two streaming colds, Dave’s toe has somehow been strained and now, can you believe it, I have a flea? I have never had one before (promise) but it seems very content with its conquest, as each morning I awake to a new batch of itchy spots marching across my legs and arms. Why it didn’t go for Dave’s blood I don’t know, but my sister’s husband who is a vet (and is the font of knowledge for all our afflictions) has reassuringly advised me that it will die once it has quenched its thirst. Seven days later I am still waiting.

Now, after a fragmented journey of ten buses and over seventy splintered hours on the move, luck appears to be conspiring to post us towards the city of Punta Arenas; 30 miles north of our eventual start line, Cabo Froward. The trailer is still untested, but this is a mere frivolity compared to the concern which has plagued us for the last few months; will our bodies stand up to the constant battering; between 15-25 miles of running, day-on-day, whilst pulling our trailer? Have we focussed too much on planning, kit, the “mega transect”, education, the website, etc. etc. and not enough on preparing our untested bodies for the immense physical challenge that lies ahead?

But for now, as driving rain obscures the view from our bus, it is a more pressing worry that curdles my belly and curses my nightmares; the thought of the three Baltic river crossings that we will have to swim twice in our journey to and from Cabo Froward. This journey to the start and the months of preparation pale into insignificance in comparison with these first potentially hypothermic hurdles.