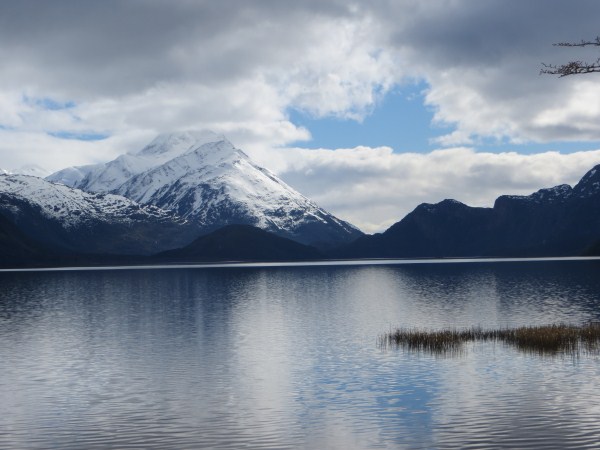 Key Words: Precipitation, Pacific Ocean, Chile, Prevailing Wind, Andes, Vapour, Condensation, Glaciers, Adapt, Rain shadow, Relief Rain
For the first part of our expedition we ran through rain and snow in southern Chile. Precipitation is the term used for rain, sleet, hail and snow; any form of water that falls from the sky.
This precipitation begins to form over the Pacific Ocean which lies to the west of Chile. Wind blows from the west collecting moisture from the sea. It travels eastwards as the prevailing wind (the most common wind direction). When air reaches land it is forced to rise upwards over Chile’s mountain chain; the mighty Andes. As the air rises, the water vapour (gas) begins to  cool and turns from a gas into a liquid (condensation) and as the moisture in the air cools it rains.
This rain feeds the temperate rainforests of southern Chile, home to some of the most ancient trees in the world (the Alerces) and all sorts of wildlife, such as leeches, Pumas and the tiny green-backed firecrown hummingbird. Precipitation that falls on high ground falls as snow, as the temperature in the mountains is very cold. This provides year-round snow-capped mountains and also feeds Chile’s northern and southern ice-caps where glaciers (rivers of ice) meet the sea. 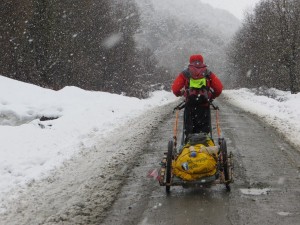 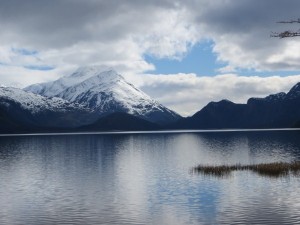 At the moment, however, we are running in Argentina. Here the weather is very different. We are wearing hats, sun glasses and slapping on sun cream. We wake up as early as possible to run before the sun becomes unbearable. Here the earth is baked hard and the rivers do not flow. The birds, animals and plants are very different from the Chile’s temperate rainforests. Instead of too much rain, they have to adapt to hardly any. The plants for example have adapted by growing sharp thorns – to prevent animals from grazing their precious leaves, because they are difficult to grow in such dry environments and their leaves are also very small; so that they lose little water. 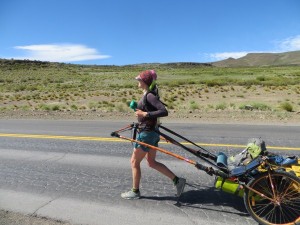 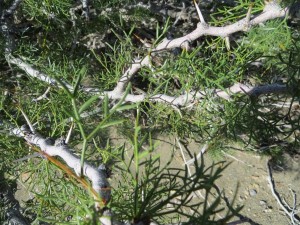 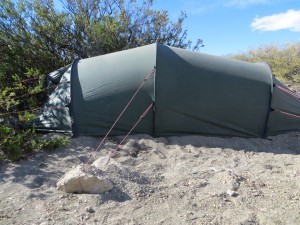 So, where has all the water gone??? All the water that was produced by the huge Pacific Ocean and blown to Chile fell as rain in its rainforests (where over 2 metres of rain falls per year) and then fell as snow or hail on Chile’s Andean mountain tops. The wind carried on blowing from the west, but once it left the Andes and reached Argentina on the other side, there was no moisture (water vapour) left in it. All the rain had been squeezed out in Chile! This type of rain is called “relief rain”. Relief is a word used for hills and mountains – where land rises up. The rain was forced to rise up by the relief of the Andes mountains. Argentina lies in the “rain shadow”, where there is no more rain. So here we are running in dry (arid) desert!! 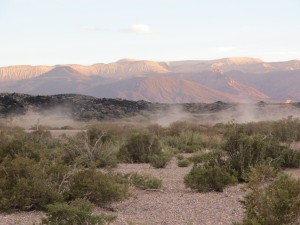