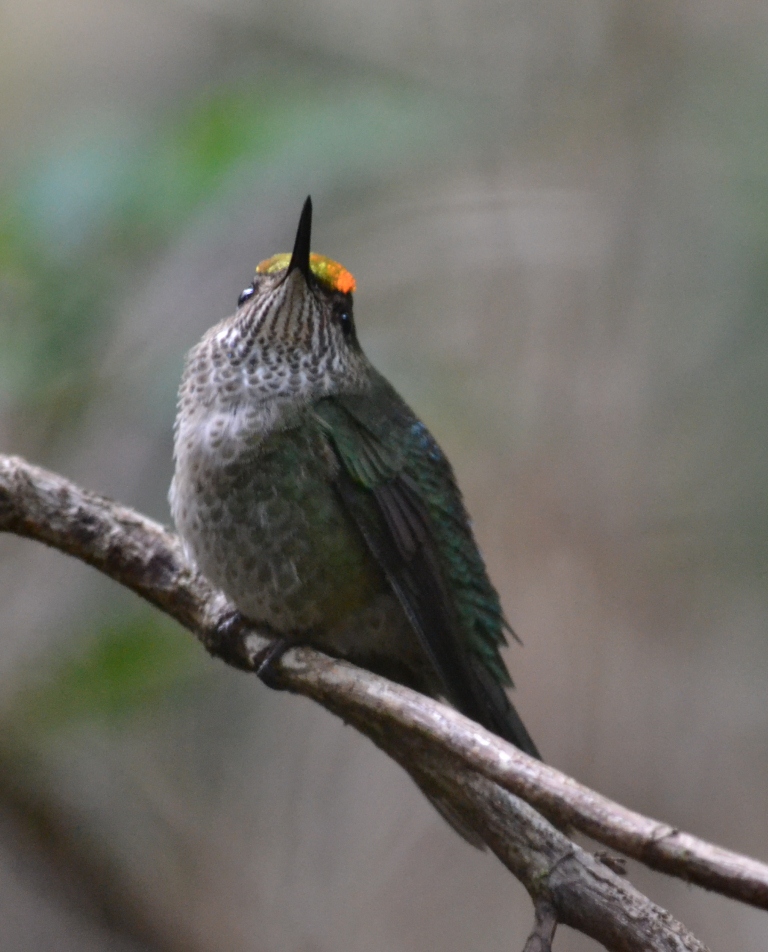 We knew this jewel of a little bird from our passage through the canals of Chile. His absence has been noted through the drier regions of Argentina and Chile. Now suddenly we have run back into his territory.

This gnat of a bird has the punch of a bull-dog. With his soprano’s looping call, he bursts high over the tree tops, like an over grown bee. Blink and you miss him. A blurr of gyrating wings.

One, two, three; who’s chasing who? No one is safe. He’s guarding the red bounty of his notra flowers, now the yellow blumes of the michay.

No peace for this little tsunami, when life is run at such pace, nectar is gold dust, rivals must be driven out.

Which leads me to me. I was busy watching some spectacular orange-yellow-white and black spotted butterflies sipping from the meliferous blooms of michay this morning. When suddenly something buzzed in front of me.

My first thought was a humming-bird hawkmoth- an insect from home shores. Then suddenly I snapped from my seconds revelry and re-focused to find the firecrowned hummingbird hovering centimetres from my nose. His startling fire crown erect and ablaze. Was I robbing his nectar? Apparently yes. It’s just that I was a little too big to deal with. 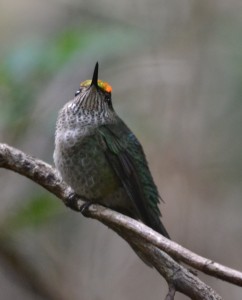